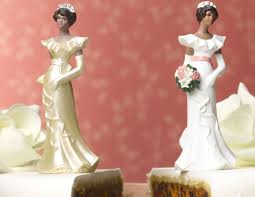 It's all over the news today: "Texas Supreme Court Recognizes Same-Sex Divorce." Did that really happen? Wouldn't the Texas Supreme Court first have to recognize marriage between two people of the same-sex before it could recognize a divorce between them? Of course it would. So does this mean that Texas just got one step closer to recognizing marriage between two people of the same sex? No--The excited headlines are written by people who don't read.

Two women who live in Texas were married in Massachusetts, a state which "indisputably recognizes this same-sex marriage." State v. Naylor and Daly,  11-0114, 2 (Tex. June 19, 2015) available at http://www.txcourts.gov/media/1001370/1June10114.pdf. The marriage became insupportable and one of the women filed for divorce. Id. The State of Texas monitored the case for months, but never made any effort to get involved in the legal process. Id. at 13.

The couple agreed to the terms of a divorce and the trial court granted the divorce. Id. at 3. The judge verbally announced the judgment of the court. Id. "Several lawyers" representing the State attended this final hearing and heard the judge announce the court's judgment. Id.

THE NEXT DAY, the Office of the Attorney General asked the trial court to permit the State to intervene in the case to oppose the divorce. Id. The State made no attempt to be involved in the case until AFTER the judge rendered the decision of the court. Id. at 4, 6.

What Did the Texas Supreme Court Actually Say?

Texas Should NOT Have to Recognize Same-Sex Marriage

The Texas Supreme Court is clearly sympathetic with the notion that the courts of Texas cannot recognize a marriage between two people of the same sex: "we recognize the import of the State's statutory and constitutional arguments," Id. at 11; "The State asks us to determine whether Texas has a constitutional right to define marriage and whether state law precludes the trial courts from offering divorce to same-sex couples. We have no quarrel with [this] analysis," Id. at 16-17; "we would appreciate the opportunity to address the merits of this issue of critical importance," Id. at 18.


But Texas was not Competently Represented in this Case

Let's say a husband and wife having two children are divorcing and that one of the grandparents believes that neither parent is fit to raise the children. That grandparent could file a document called a Petition in Intervention while the divorce case is pending and in that petition, ask the court to do something such as take the children from the parents and place them with the grandparent. This is what it means to intervene in a case. The intervenor is sticking his or her nose into someone else's lawsuit because the intervenor believes he or she has some legal interest in the outcome.

Importantly, a Petition in Intervention must be filed while the case is still pending, which is the period of time between when the case is first filed with the court and when the judge renders a final judgment. Judgment is "rendered" when the judge publicly announces his or her final decision on all matters before the court. Id. at 4. Therefore, if someone wants to intervene in a case, the intervention must be filed BEFORE the judgment is rendered. (There are some exceptions, which the Court also dealt with in this case.)


The State's Attorney COULD HAVE Acted on Time

According to the Texas Supreme Court, the Office of the Attorney General had plenty of time to intervene "and simply failed to diligently assert [the State's] rights." Id. at 13. As you may recall, there was a similar case in Dallas several years back, In re Marriage of J.B. and H.B., 326 S.W.3rd 654 (Tex. App.--Dallas 2010, pet. dism'd), so the State had legal arguments applicable to this case ready to go. Id. at 13. "[I]t likely would have required relatively little effort" for the Office of the Attorney General to act in a timely manner--it just failed to do so. Id. at 3.


The State's Attorney Had Other Remedies

Even though the State inexplicably failed to act in time, the Office of the Attorney General could have asked the court to set aside the judgment. Id. at 14. But the State failed to do that as well. The trial judge tried to clue the State in on the fact that a final judgment had been rendered and that it was too late to intervene unless the State filed a motion to set the judgment aside. Yet, the Office of the Attorney General charged ahead with its fatally flawed battle plan. Id.

In the legal system, it's not enough to be right. One has to do things the right way. The "right way" is defined in the Texas Rules of Civil Procedure and the case law that illuminates those rules. Here, the Texas Supreme Courts seems to be saying, "We agree! This divorce probably constitutes an improper recognition of same-sex marriage." But, the State failed to follow the rules so the trial court's judgment stands.


Where Does This Leave Us?

My reading of the opinion is that we should not expect a flood of successful divorces involving same-sex couples in Texas. This widely misunderstood ruling from the Texas Supreme Court may embolden more unhappy couples of the same-sex to seek divorce, but surely, next time, the Office of the Attorney General, after being so publicly lambasted for poor performance in this case, will intervene on time, seek a quick writ of mandamus ordering the dismissal of the case, and that will be the end of same-sex divorce in Texas.

Unless the Supreme Court of the United States unwinds state laws prohibiting marriage between couples of the same sex. But that's a blog post for another day.
Posted by Unknown at 8:40 PM